Plants vs Zombies: Garden Warfare is a cool video game that launched for Xbox 360 and Xbox One game consoles earlier this year. This is the first game in the franchise that steps outside of the top-down tower defense gameplay and introduces third-person shooter aspects to the game. 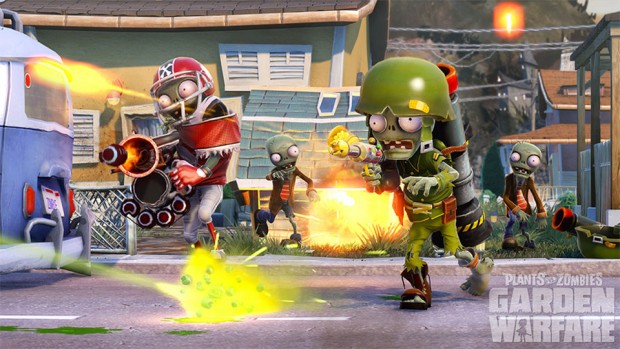 PopCap has announced that the game will be hitting the PC via Origin this June 24. This will be the first time the game has come to gamers outside the Microsoft consoles. PC gamers will also get some of the DLC that has launched since the game first landed on the Xbox.

The PC version will include Garden Variety and Zomboss Down content. The game will support 12v12 multiplayer action with Gardens & Graveyards and Team Vanquish modes. An 8v8 mode called Gnome Bomb will be supported along with four player co-op mode Garden Ops. PC gamers can pre-order PvZ: Garden Warfare now on Origin for $29.99(USD). A Deluxe Digital Edition will throw in 150,000 in-game coins and a custom accessories pack for another $5.