About a week ago, some leaked images that were said to be of the Samsung Galaxy K smartphone hit the web. Those images have now been proven correct with Samsung officially announcing the Galaxy K zoom. The rumored specs have been confirmed as well. 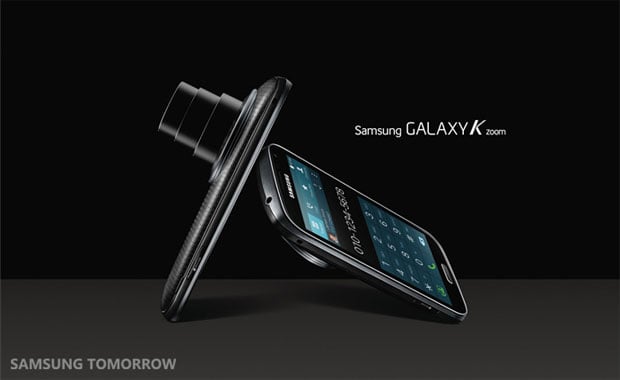 The big feature with the Galaxy K Zoom is its 10x optical zoom camera with optical image stabilization and a bright xenon flash. The sensor for its camera is a 20.7MP backside-illuminated CMOS, and the lens has a 24mm-240mm range at f3.1-f6.3. Perhaps most impressive is that all that camera tech is packed into a phone that’s just 16.6mm thick when the lens is retracted. The 4G LTE smartphone has a 2MP front camera. At its heart is a Hexa-core Exynos processor unit with a 1.3GHz quad-core processor and a 1.7GHz dual-core inside.

Pricing and availability for the Galaxy K Zoom has yet to be announced.