Lechal Footwear Guides You to Your Destination: Head on Your Heels

A couple of years ago we saw a pair of shoes with built-in navigation capabilities. That was a one-off, but it looks like you’ll be able to buy something similar to that in the near future. A company called Ducere Technologies claims that it’s working on Lechal, a pair of shoes as well as insoles that can guide its wearer through haptic feedback. 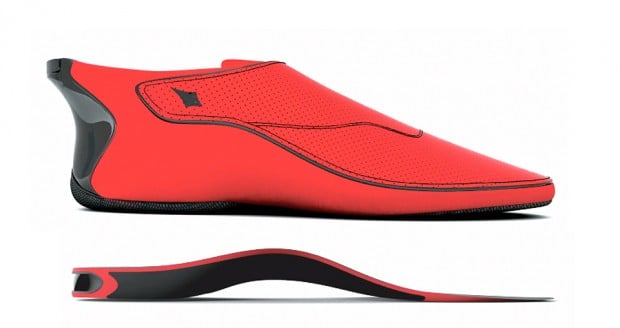 Both the shoes and the insoles have a removable Bluetooth module that works with a mobile device and a complementary app. You’ll set your destination on the app, and the corresponding shoe will vibrate to indicate which direction you should take.

As you’ll see in the video below, it also has feet gesture commands, such as tapping the toe of one shoe to save your current location.  Lechal’s products are also fitness trackers, able to keep track of the number of steps you’ve taken and the amount of calories you’ve burned. Although at this point I wouldn’t be surprised if Pizza Hut releases a pizza with a fitness tracker stuffed inside its crust.

I expect the final product will have a click-the-heels gesture to point you home. You can sign up on the Lechal website to be notified when pre-orders begin.