While it’s common practice for video game clones to have titles similar to that of the game they’re ripping off, Redditor moumouren found what he calls the Mother of Clones. 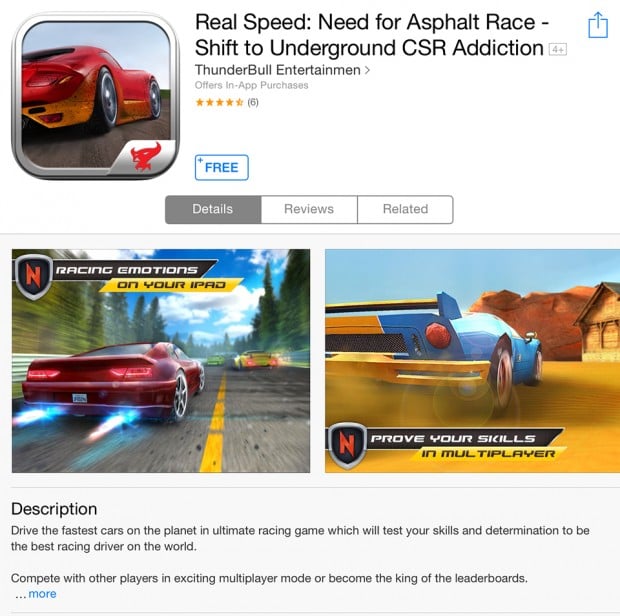 At least “racing emotions” is original. Although there might be a reason for that.