NASA’s Cassini probe has been in orbit around Saturn for years now and it takes some of the coolest pictures that NASA shows off. Saturn is one of the most incredible planets for many fans of space thanks to its system of rings. I always like it when Cassini takes photos of the rings with other planets of the solar system in the background. 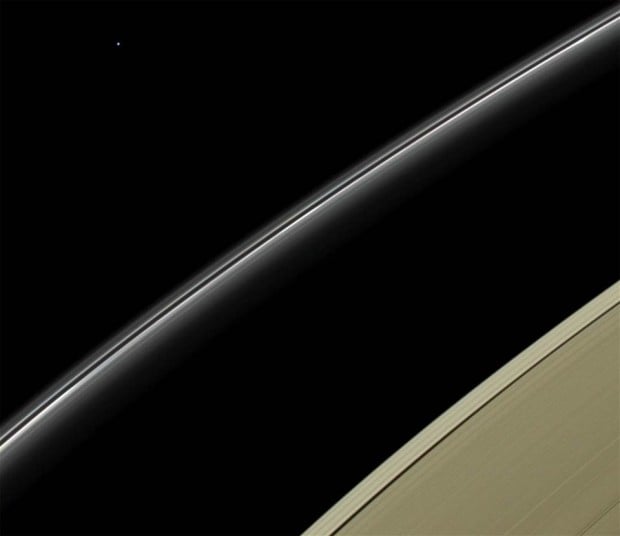 It never ceases to amaze at just how vast the distances are in space. A new true color image seen here from Cassini was recently snapped. This picture shows Uranus as a tiny blue dot in the upper left corner of the image. While Cassini has been orbiting Saturn for a decade, this is the first time it has grabbed a pic of Uranus through its watchful lens.

The photo was snapped using the narrow-angle camera on April 11. Saturn’s rings in the foreground were imaged from a distance of about 614,300 miles. Uranus in the image is about 2.7 AU or 2.7 billion miles further away. Uranus has no water on its surface; its pale bluish hue comes from methane gas.