Metal Slug Defense Reminds Us of the Gaming Days of Yore

Back in the day every time I went to the mall, I ended up standing in the game store playing the Neo Geo and scheming of ways to get the huge money that system cost. Sadly, I never got the cash scratched together before the console went out of production. If you always wanted a Neo Geo and never got one, this new mobile game is for you. 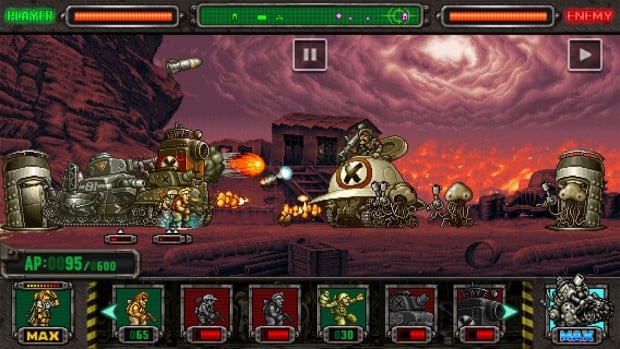 The game is called Metal Slug Defense and it is based on one of the coolest games from the NeoGeo, Metal Slug. The mobile game has the same pixelated graphics as the game had on the Neo Geo and has 100 of the backgrounds from that game.

Rather than a 2D shooter, this is a tower defense/strategy title. It is free to play and is supported by in-app purchases. The game has over 60 characters and units that can be upgraded as the game progresses. Weapons can also be upgraded as well.

Metal Slug Defense is available now on iOS and Android.