We’ve seen a few faithful Pip-Boy 3000 replicas. This one made by Thingiverse member kosh23 leans towards the functional end but still looks badass. Because his left hand and forearm was placed in a cast, he made the Pip-Boy 3000 replica to cradle his iPhone and to keep the cast cool. 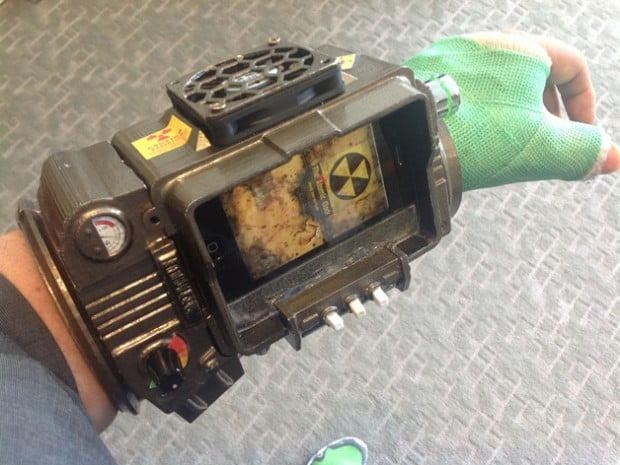 Kosh23’s iPhone 4S is held right where the Pip-Boy 3000’s monitor should be. A 60mm fan draws out the air from inside to keep his cast cool. The cast also has an LED flashlight up front. Kosh23 printed the replica using ABS, painted it with black Krylon primer and then coated it with brass Krylon. The replica has two main halves held together by a hinge on one side and magnets on the other side for easy removal. 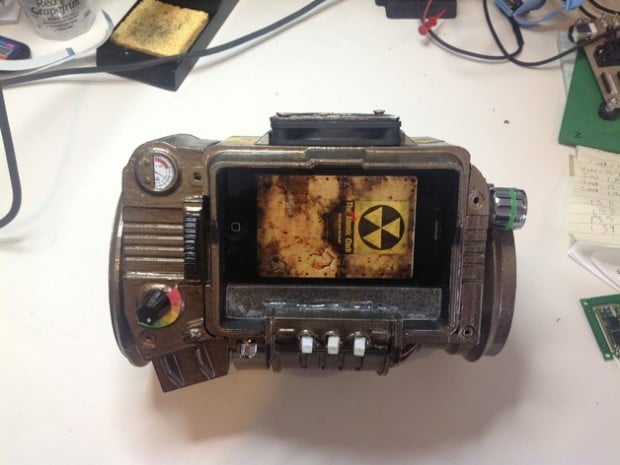 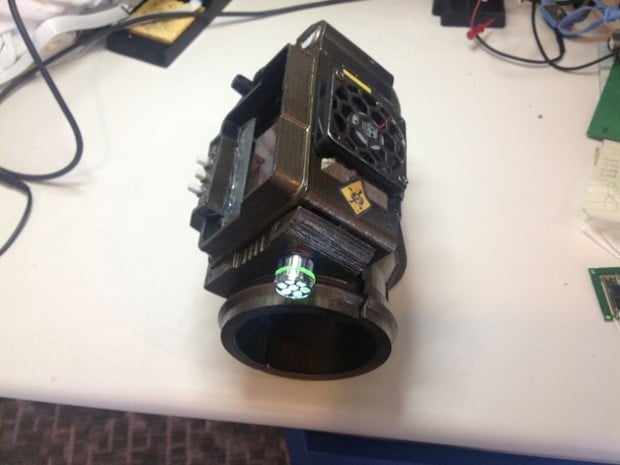 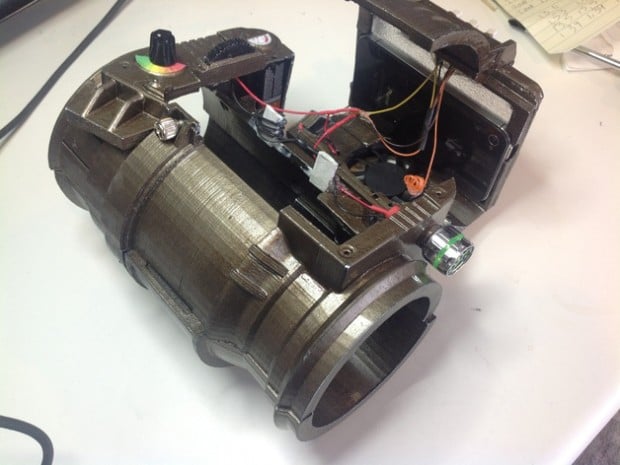 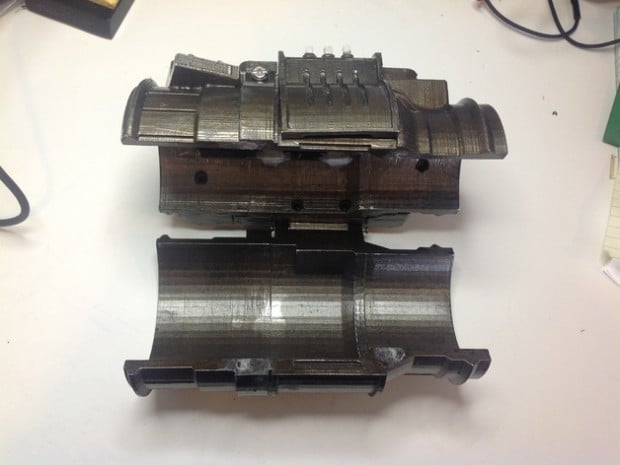 Use your browsing perk and head to Thingiverse to check out kosh23’s work.