This Iron Man suit replica was made by two Tony Starks. Greg Hatter built the suit itself, then he asked his friend Jerome Kelty to make some of its parts move. In his very detailed Instructables and Hack A Day posts, Jerome shares how he pulled off the complicated hacks. 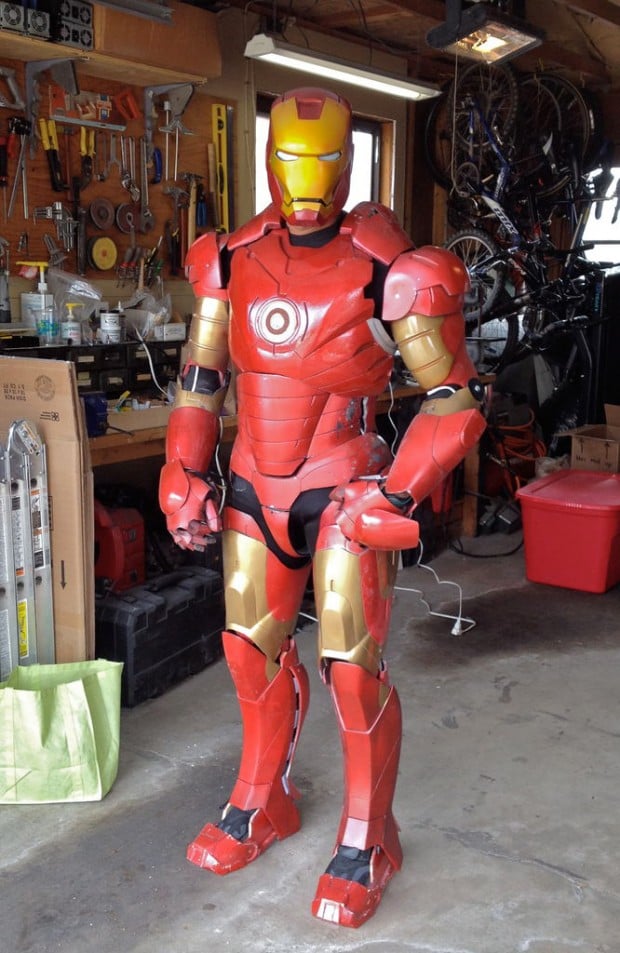 The molded fiberglass suit’s moving parts are its helmet, forearm missile, hip pods and back flaps. The suit also has boots that light up and play a sound effect when the wearer takes a step. Of course, the suit also has an illuminated arc reactor on its chest piece. Jerome used three Arduino Pro Minis and an Arduino Pro to control the moving parts. He also used an Xbee radio to control the helmet wirelessly, making it easier to take off or separate from the suit. Finally, Jerome attached RFID tags and an RFID reader on the suit’s gloves to trigger the moving parts.

Now that the suit’s electronics are hooked up, Greg took back the suit to adjust how it fits and give it a new paint job. Head to Hack A Day or Instructables for Jeremy’s full walkthrough.