Ever get the feeling that you’re being watched? Well, you probably are. From space. NASA worked with high school students to design the International Space Station High Definition Earth Viewing or ISS HDEV, an experiment that lets anyone with Internet access watch our lovely planet live from space. 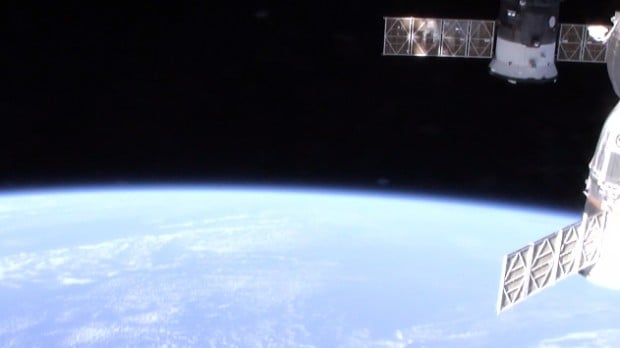 When the setup is powered on, it  streams video from one of four cameras mounted on the space station. According to NASA’s Susan Runco, “The four fixed cameras are positioned to capture imagery of the Earth’s surface and its limb as seen from the ISS (i.e., one camera forward pointed into the station’s velocity vector, two cameras aft (wake), and the other one camera pointing nadir).”

The feed is sent to Ustream for public viewing. Normally, the system automatically switches the feed from one camera to another. NASA says the switching can also be manually controlled or even locked to one camera. I find it interesting that each of the four cameras were made by different manufacturers: Sony, Toshiba, Hitachi and Panasonic. The video below should show the live feed, as long as the system is turned on.

How amazing is that? Remember, kids helped make that possible. If the experiment is down, you can also check out some of its recorded footage on its Ustream channel.

[via NASA via IFL Science]