As computers become smaller, thinner and more mobile, casemodding seems to be a dying art. That’s too bad. I was hoping that more people trick out their smartphones, tablets and AIO PCs, but that doesn’t seem to be the case (pun intended.)

That said, some hardcore gamers, CGI and video professionals are still using tower PCs. And if I still had a workstation computer in my office, I’d want it to look like this. 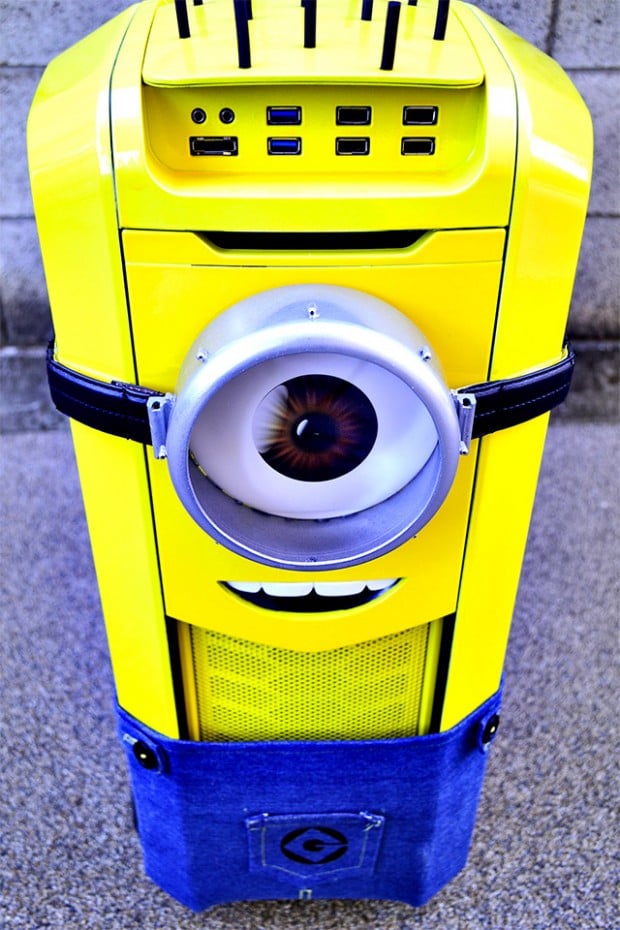 This awesome case looks just like one of the Minions from Despicable Me. I think his name was Kevin, or maybe it’s Carl. I can’t keep all their names straight. Either way, this computer was built by Ronnie Hara, and is powerful enough to run the latest and greatest games with all the settings maxed out. It’s probably powerful enough to operate a secret evil supervillain’s lair too. 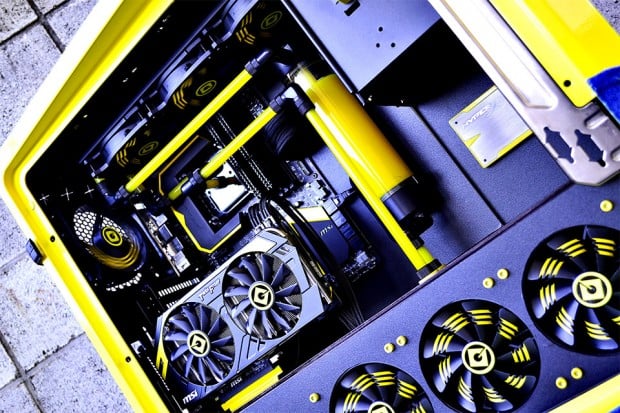 Also, it’s the only computer I know of that wears overalls. Oh, that reminds me of a joke… Q)What goes with overalls? A) A banjo and no women. 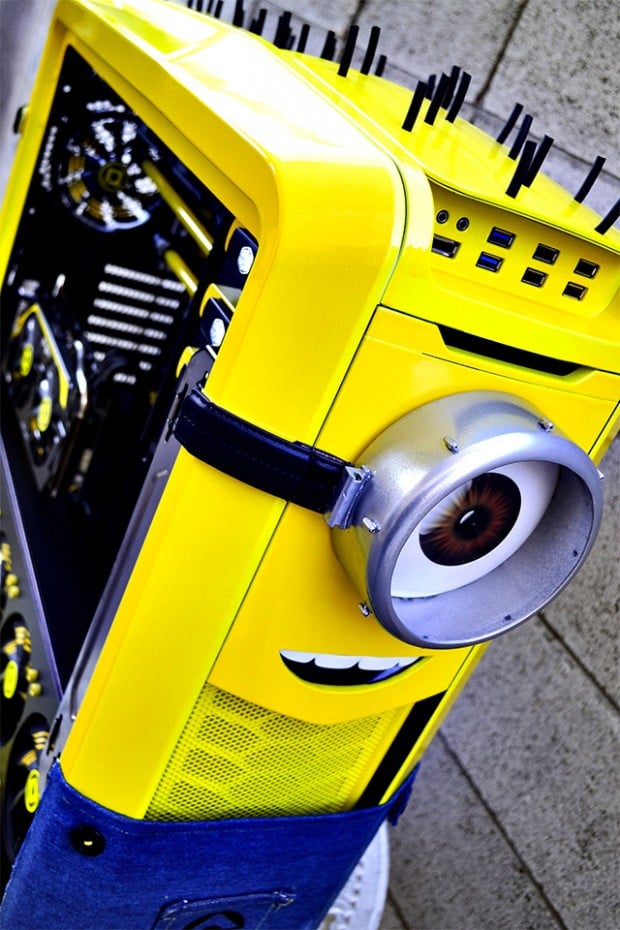 Want to learn more about how this amazing build came together? Pull out your fart gun and aim it at the CoolerMaster forums. 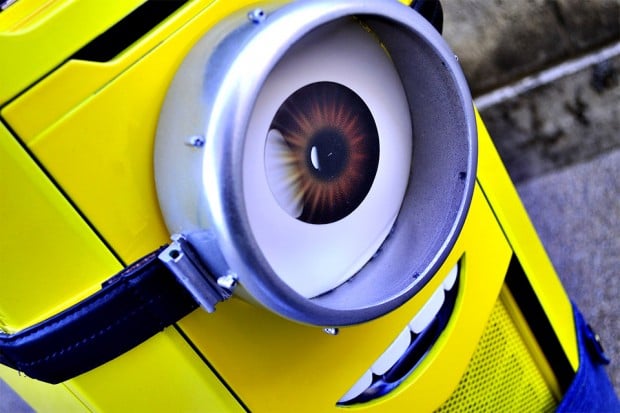