Octodad Cosplay: Who’s That Man with the Three-Piece Suit?

If you’ve never played Octodad or its sequel Dadliest Catch,you owe it to yourself to try this quirky game in which you play an anthropomorphic octopus who’s attempting to live his life as a normal human being. Thanks to his incredible disguise, nobody is the wiser to his cephalopodic heritage. So when I saw this so-called “costume,” I said to myself: “Meh. It’s just some guy in a suit.” 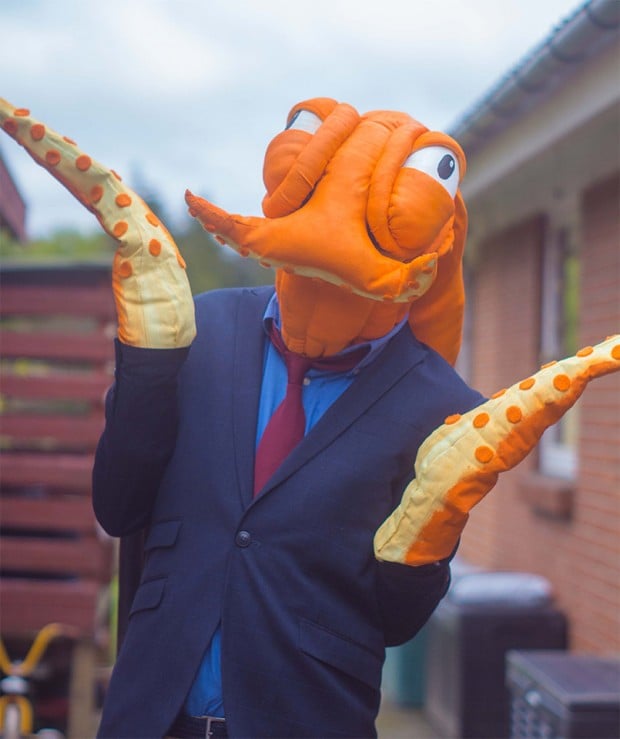 Redditor Bonewrench clearly missed the mark with this costume, because he looks nothing like an octopus at all. In fact he looks like all of the everyday fellows walking around here in downtown Chicago every day. What’s the big deal?