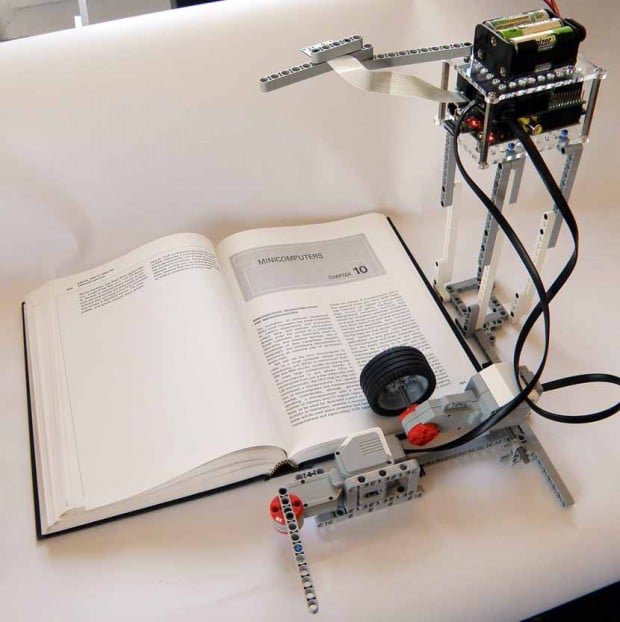 The Bookreader 2 reads just like its predecessor. A Raspberry Pi Camera capture an image of the page to be read. An OCR program extracts text out of the image. Finally a text-to-speech program reads the extracted text aloud in an impatient and cold tone. In case you need a reminder of how it sounds, here’s the Bookreader at work:

What made the Bookreader 2 challenging is that it had to turn a book’s pages as well. The engineering and the math behind that seemingly simple task are more complicated compared to aiming an arm to push a tablet’s screen. To accomplish this, Dexter Industries used two EV3 Mindstorms motors. One motor powers a wheel to lift a page, and the other motor rotates an arm 360º to turn the page. Check out Dexter Industries’ guide to see how you can build your own Bookreader 2.