Check out Batman’s new threads. Director Zach Snyder had said that his Batman in the upcoming Superman Vs. Batman would be based on Frank Miller’s classic The Dark Knight and this costume certainly looks Miller inspired. 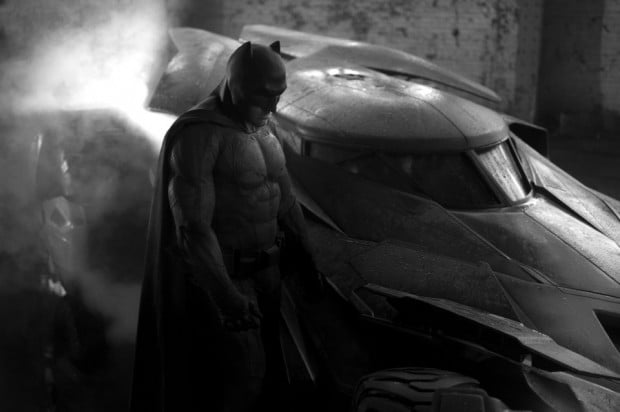 Batfleck is buff, very depressed looking and has those nice short ears. It is Miller’s Batman come to life. We also now have a good glimpse of the new Batmobile thanks to these new pics. It is a cross between the old Tim Burton Batmobile and the Tumbler from Nolan’s Batman films.

Too bad the image is in greyscale, but at least we know how awesome Batman looks now. Hopefully he will get cheered up during the movie, although somehow I doubt that.