Nikon has announced the addition of a pair of new interchangeable lens mirrorless cameras to its Nikon 1 line. The new cameras include the J4 and the S2 and they share some of the same features. The J4 has a resolution of 18.4MP while the S2 has a 14.2MP resolution. 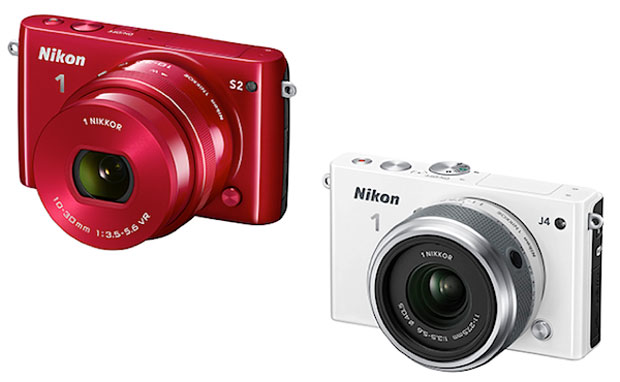 Both of the cameras are more compact and lighter than other offerings in the line. The J4 will launch this month for $650(USD) and will include a 3x 10-30mm zoom kit lens. The S2 will launch in June and will feature an 11-27.5mm lens with a price of $450.

Both cameras can record full HD resolution video with the J4 having the ability to record 120fps 720p slow motion video as well. Bursts at up to 20 frames per second can be shot on both cameras. Auto focus uses better and faster tech on the J4 as well.