One of those iconic movies for anyone who was a kid in the 80’s was The Goonies. I love that movie and have seen it more times than I can count. I have also watched the flick with my kids and they like it too. If you are a Goonies fan, you need to get over to Kickstarter and support a project called The Goonies Bicycle Playing Cards. 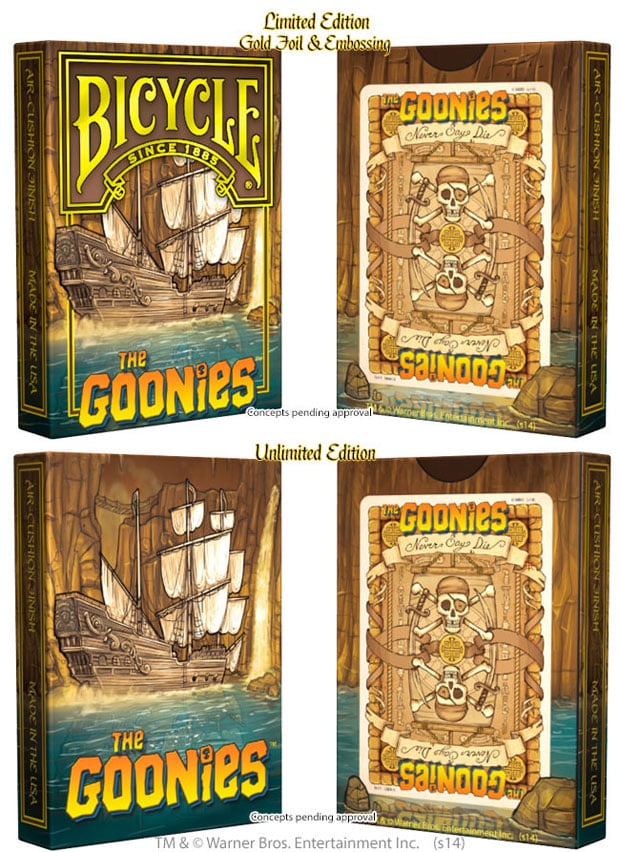 The project is just what it sounds like, a deck of playing cards that have artwork from The Goonies film. The deck is illustrated by Nat Iwata and have custom Jokers and court cards based on characters from the film. 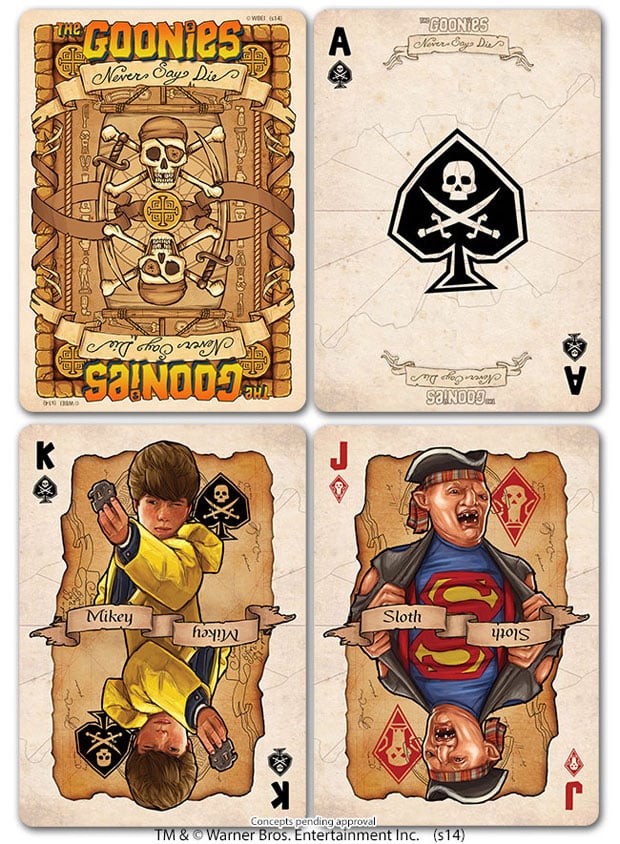 Renderings of the cards on Kickstarter that will be in the deck show Mikey as the king and sloth as the Joker. The project was seeking $10,000 and has raised over $23,000 with 21 days to go. A pledge of $15 or more will get you a deck of the cards.