Chinese tablet shoppers who like the look of the iPad mini, but can’t afford the price have a new option to check out. The Android based tablet is from Xiaomi and is called the Mi Pad. It sells for the equivalent of $240(USD) and looks a lot like the iPad mini. 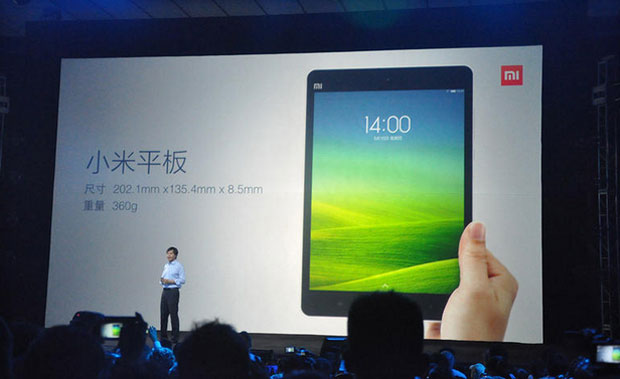 It has a 7.9-inch screen and rocks a resolution of 2048 x 1536, which matches Apple’s Retina resolution for the iPad mini. Power comes from an NVIDIA Tegra K1 quad-core processor. The tablet is offered in WiFi version only and can be purchased with 16GB or 64GB of storage.

Both versions have a microSD card slot for storage expansion. An 8MP rear camera is integrated along with a 5MP front camera. The internal battery is a 6700 mAh unit. The 64GB version of the tablet sells for the equivalent of $272. Both versions will land as an open beta in China this June. There is no word on availability in retail stores or other countries.