We’ve seen a pair of electrified Wolverine claws, but part of what makes the actual weapons cool is that Wolvie can make them come out and retract at will. Inventor Colin Furze figured out a way to achieve that in his replica. His implementation has a bit of Storm in it as well. 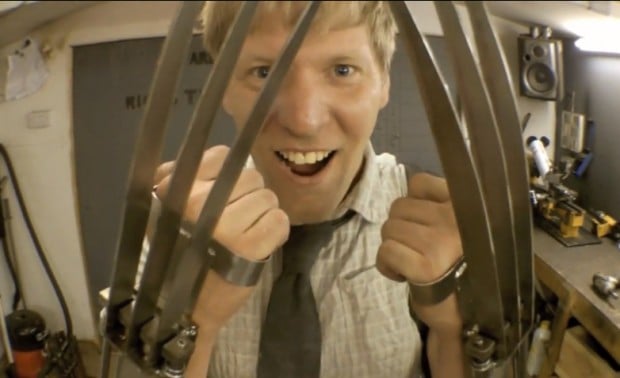 Colin’s claws measure about a foot long each. To make them pop out of and back into their arm-mounted compartment, Colin mounted each set of claws on a track. Each track had a pipe on both of its ends. The pipes are connected to a tank of pressurized air that Colin carries in a backpack. He then made switches that he mounted on his palms. They trigger the blast of air from the tank to either end of the tracks, pushing the claws out or in.

Here’s a less insane Colin explaining how he did it: