Most Functional Transformers Costume Ever

28-year-old street performer Joslyn Paige is giving kids in Ann Arbor, MI an amazing show thanks to his homemade Transformer costume. This autobot really transforms from a robot to a car. And while we’ve seen similar costumes before, this one actually drives! 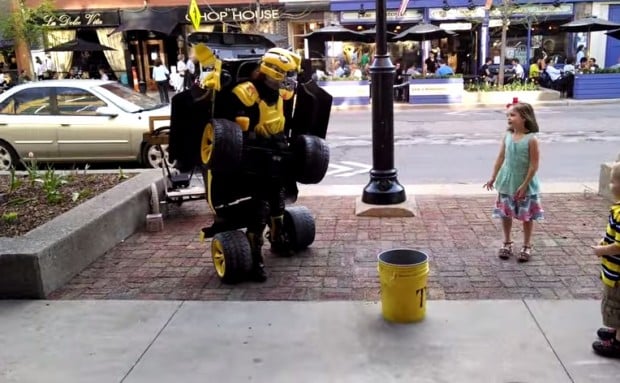 Remember your childhood, and just imagine how awesome that would be for a kid to see. The suit took Paige a few months to build at a cost of between $700-$800, but seeing those kids light up makes it all totally worth it.

Paige plans to spend the summer performing in Ann Arbor, so if you are in that area, you have a good chance of seeing him in action. Make a game of it and take your kids out hunting for this guy.