R2-D2 Virtual Keyboard: Help Me CTRL-ALT-DELETE, You’re My Only Hope

We already know that R2-D2 can swim through swamps, hack computers, fix X-Wing fighters, deliver holographic messages, and even breakdance – and now he works as a keyboard for mobile devices. 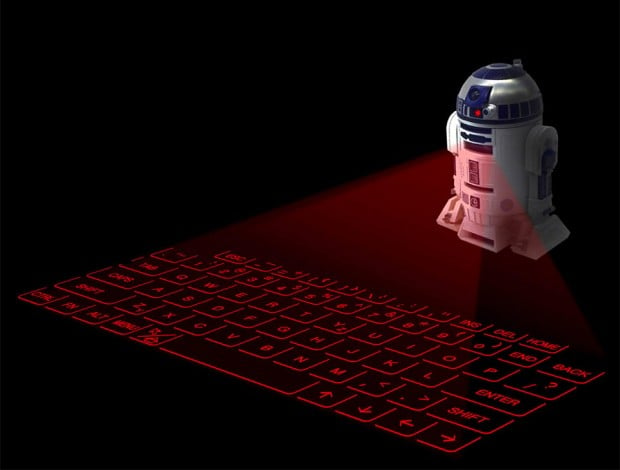 I’ve seen plenty of laser virtual keyboards, but there’s not really been much to compel me to buy one – until now. This R2-D2 virtual keyboard(JP) not only lets you type on any flat surface, but it makes a variety of R2’s beeps and bleeps when turning it on, off, pairing or typing. It’s designed to work via a Bluetooth 3.0 connection, so it can control mobile devices as well as desktop computers.

Sadly, R2 is quite pricy – the little droid is selling for the rather astronomical price of ¥33,480 (~$330 USD) – about a $200 premium over one that doesn’t look like a droid. If you want one, you’ll need to collect a bounty from Jabba, power up your hyperdrive and fly to Japan’s Run’A Town website to pre-order one now.