You might have seen these two images floating online over the past few months, featuring two stages of Super Mario Bros. laid end-to-end on four widescreen monitors. The images were uploaded by Twitter user Morikuma_Works, and he pulled it off using Josh Goldberg’s Full Screen Mario. 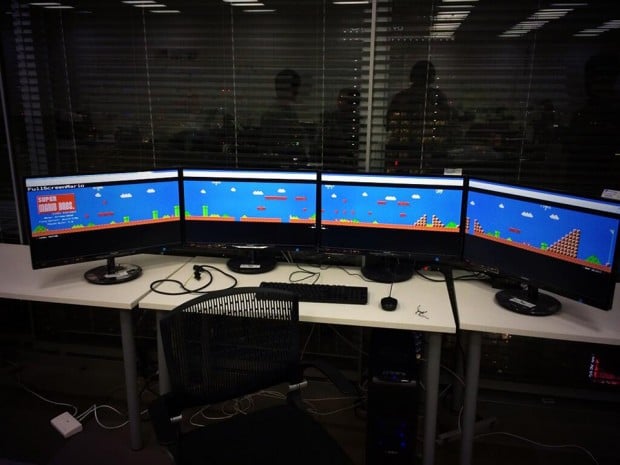 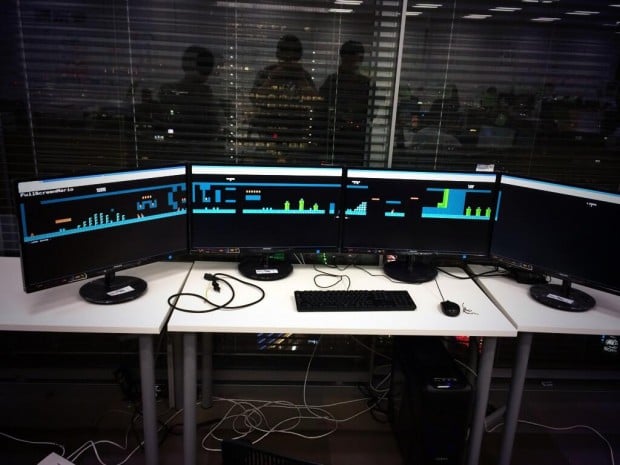 Full Screen Mario is a remake of Super Mario Bros. that Josh did entirely in HTML5, which meant it could be played right out from a Web browser. Here’s YouTuber Blaumagier‘s video of the game:

Sadly, Nintendo had the online version of the game taken down. You can still play it through this – unofficial? – mirror website, but even if or when that gets taken down, you can download the game on Josh’s Github page and play it offline.