The Sada Bike Folds Down to Almost Nothing

The Sada Bike was created by Italian designer Gianluca Sada. Believe it or not, this is a bicycle with a frame that can fold down to the size of an umbrella, so you can carry it with you anywhere and store it wherever you like. It accomplishes this using a hubless design that makes it more compact than most other folding bicycles. 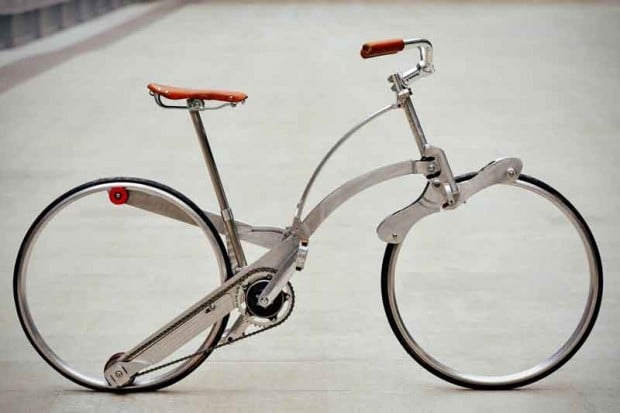 The 26-inch wheels have no spokes, so I’m not sure if it can take the same amount of weight that a standard bike can, but obviously they have to make the rim tougher than your average bike. The design is great for city dwellers. 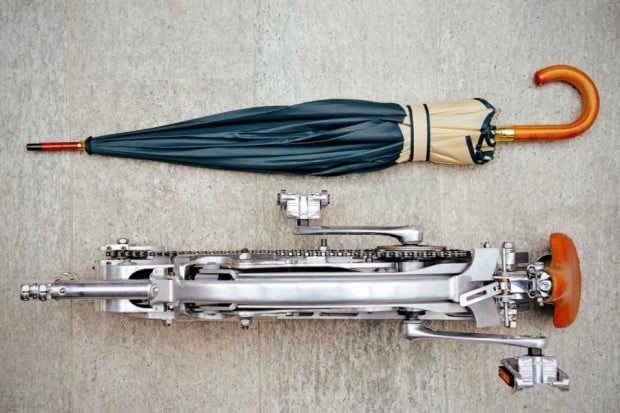 Right now, the Sada Bike is still a prototype and they are looking for funding to further develop the bike. I would definitely buy one if they go into production.