NASA has unveiled its latest flying test vehicle called thee Low-Density Supersonic Decelerator project or LDSD. The project has created a vehicle that looks like the flying saucers we normally expect to see in science fiction. NASA completed the vehicle final assembled at the Navy Pacific Missile Range Facility in Hawaii. 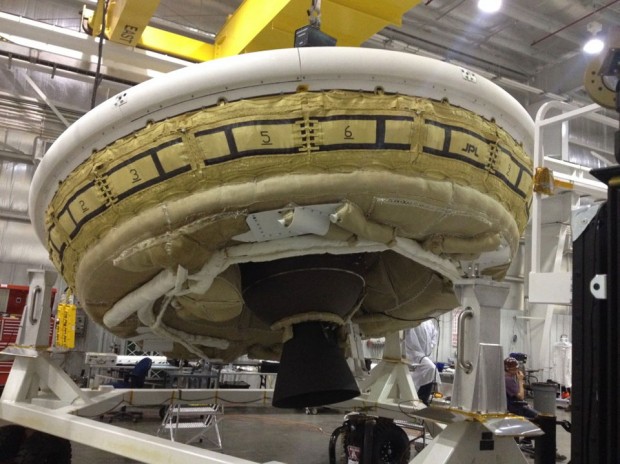 NASA plans to test the vehicle in June with a balloon carrying it to 120,000 feet where it will be dropped. The booster engine on the craft will then fire and push it to 180,000 feet and a speed of Mach 4. Once at that altitude, the vehicle will be starting a series of automated tests for two new technologies designed to deliver heavier payloads to Mars.

It’s unclear exactly what those new technologies are. It’s cool to see NASA building something that looks like a flying saucer. It also reminds me more than a little of a kids’ hard plastic swimming pool.