Growing up, few things on the planet would make me clean the house faster than a promise of Chuck E. Cheese for lunch after I was done with chores. Back in the day, Chuck E. Cheese was one of the biggest arcades around and you could eat pizza and spend coins on arcade games until you went broke. 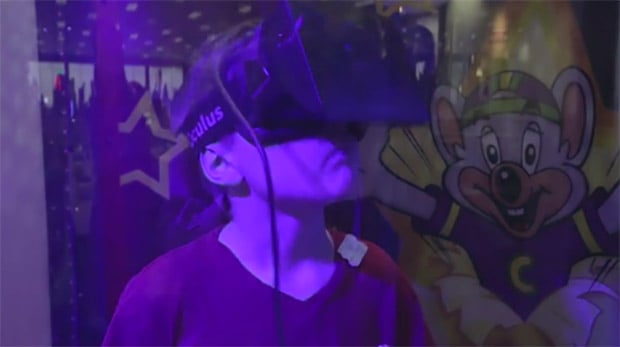 The restaurant has announced that it will be trialing the Oculus Rift headset in a handful of locations for the next six weeks. Sadly, the trial doesn’t involve letting everyone try the VR gaming headset as a game. Rather it comes as part of a birthday package that puts kids into a virtual ticket booth rather than a real one.

In the virtual ticket grabbing booth, the kids will get to pick up virtual tickets to win prizes. The experience is built inside by the chain’s Ticket Blaster booths, which blow hundreds of tickets around that kids can catch and cash in, but instead of grabbing actual tickets, kids wearing the Oculus Rift grab virtual tickets with their head movements. This sounds like a pretty cool idea, though it’s too bad parents won’t get to try it out.