Check out this video of Colin Furze (the maniac who gave us those cool Wolverine claws) walking on the ceiling using his newly-completed, homemade Magneto boots. I question his sanity after seeing him laughing hysterically over the feat. Magneto never got that excited. This is proof that you respect a super power more if you have to earn it, rather than being born with it. 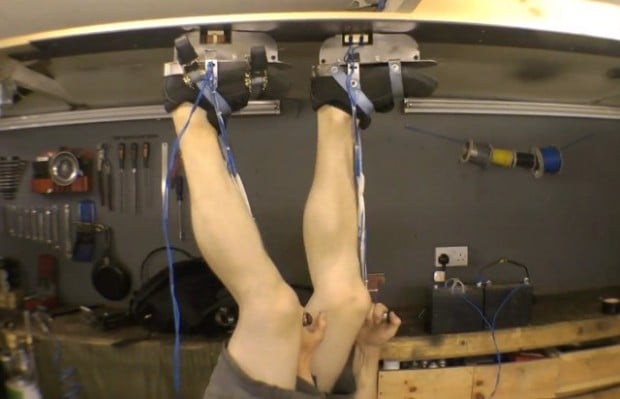 He did have the good sense to try it on a low ceiling though. That’s several small steps on the ceiling for man, one giant leap for nerdkind who have spare electromagnets at home.

Here’s some behind-the-scenes videos of how Colin made the boots and how he learned to walk in them:

Not to be mean or anything, but it would have been funny if he got stuck and had to hang there until help arrived.