Shih-tzu Ewok won’t Crush Your Head with Giant Logs, but May Leave Them on the Floor

Of all the characters in the original Star Wars trilogy, the Ewoks were my favorites. At the time, I didn’t realize how much they looked like dogs that walked around on their hind legs. if you need any more proof that the Ewok race is descendant from the mighty and fluffy Shih-tzu dog breed, here it is. 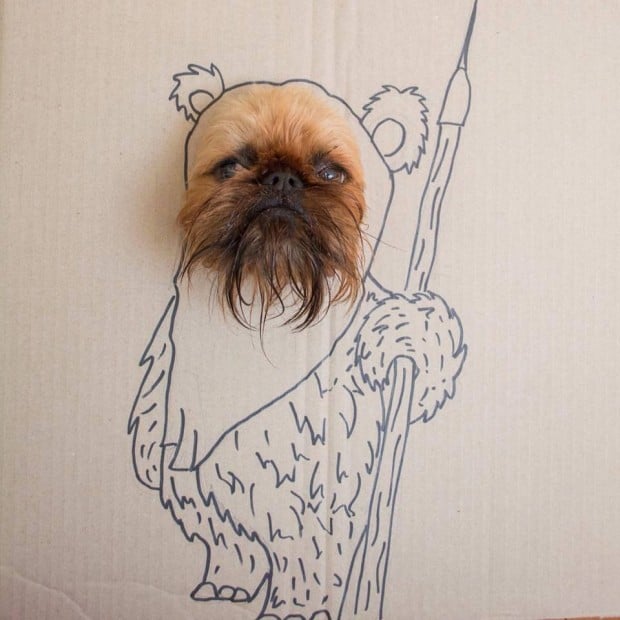 Somewhere in a city far, far away a geek has poked the head of his or her cute little shih-tzu through the side of a cardboard box with the body of an Ewok drawn on it. Epic dog photo taking ensued.

It’s almost worth buying a shih-tzu just so I can recreate this photo. It just wouldn’t be the same with my daughter’s Chihuahua poking her boney little head through the box. I sincerely hope this dog’s name is Wicket.