Lieutenant Calf, You Got New Legs!

A poor calf was literally left out in the cold this winter and suffered frostbite to both of its hind legs. The frostbite was so severe that the calf lost both the back legs to surgical amputation. A person stepped up and adopted the calf rather than see the animal put down and turned into steak. 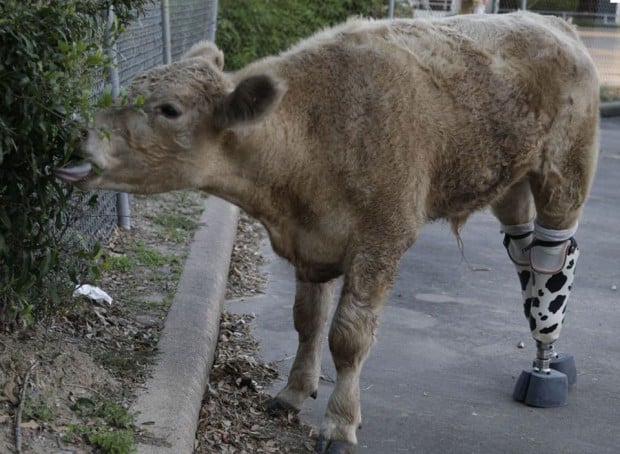 Rather than having a calf that lay around all the time, the new owner of the animal spent about $40,000 to have a pair of prosthetic legs made for it. To attach the legs to the calf, bovine surgeons had to remove a couple inches of bone to make a tissue pad.