It’s amazing how far we’ve come in with personal computing in the last 30 years. And as revolutionary as the original Apple and Apple II were, they were incredibly primitive compared to today’s computers and mobile devices. So how do you think today’s gadget-spoiled kids would react to having to use an old Apple II? Well, thanks to our friends, the Fine Brothers, you’re about to find out. 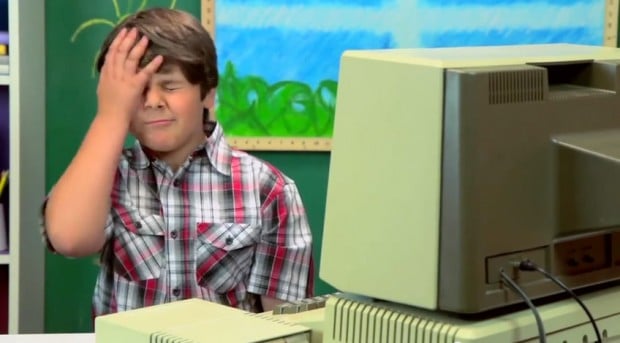 In their latest “Kids React to…” video clip, they asked youngsters to try out an Apple II, along with its arcane command prompt and primitive boot up sequence and 5.25″ floppy disks. It’s a wonder any of us figured out how to use them. I guess we were just wired differently – or maybe we read the manuals.

At least they had a floppy disks to play with, instead of cassette tapes like I did. My favorite part of the clip is the boy who name-drops “Timothy Berners-Lee” as if he’s a rock star. Classic.

I’d love to see more of this, with kids testing out other old computer systems, video game consoles, and ancient tech like 8-track tapes.