IAmElemental Action Figures for Girls Focus on the Action, Not on Their Figures

Even though geek culture has become mainstream, much of it is still dominated by adult male artists and audiences – and that includes action figures. Dawn Nadeau and Julie Kerwin want to change that with IAmElemental, a series of action figures that are “more heroine than hooters.” 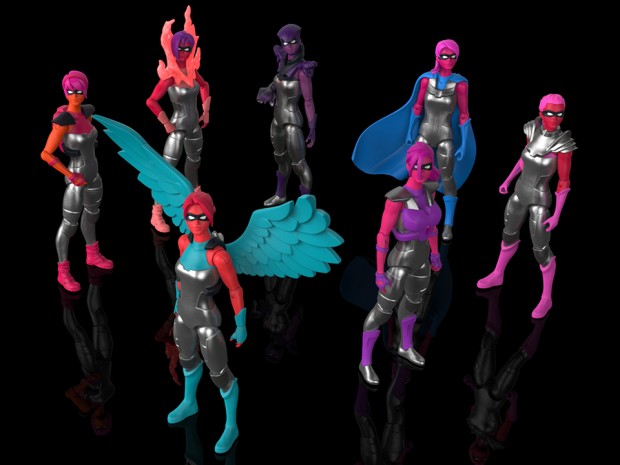 IAmElemental not only wants to make action figures that have more realistic physical proportions. They also want to remind girls – and kids in general – that they have powers of their own. To achieve its second goal, the company will release action figures that symbolize good characteristics. The first seven action figures belong in the Courage series:

Each action figure is 4″ tall and has nine points of articulation. Each will also have a complementary removable and interchangeable accessory, a shield bearing her the elemental symbol of her power, two trading cards and a nylon bag. You’ll also be able to buy the entire series as a set.

Pledge at least $10 (USD) on Kickstarter to get an IAmElemental action figure as a reward. Check out the IAmElemental website for more information and images.