This General Grievous cosplay is pretty clever. It uses Grievous’ cape to conceal the wearer’s legs, making it look even more authentic. You only see the metallic skeleton of the bad guy. It looks pretty scary. 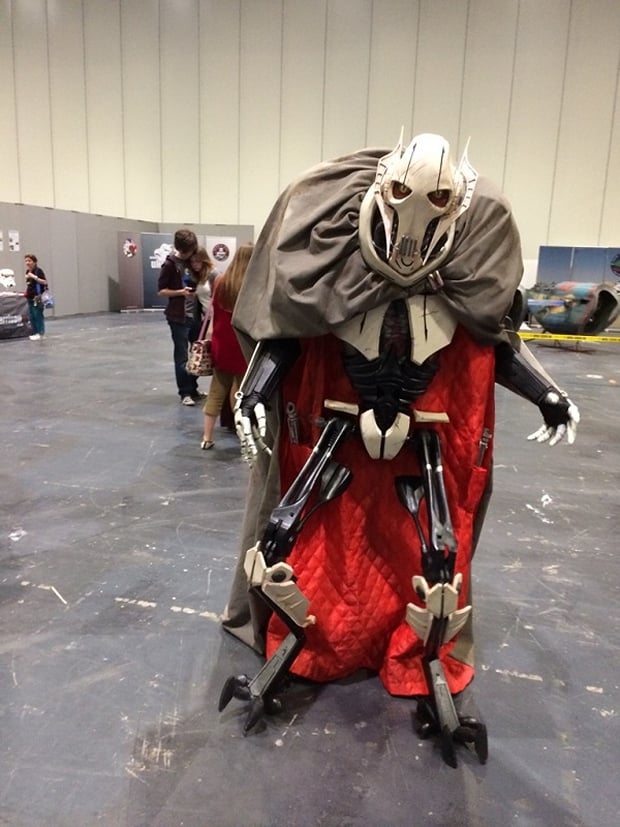 When he walks, the legs move and even make a creepy clacking sound. Yep. I think I am calling this the best General Grievous cosplay I have seen. Some of the credit goes to the wearer’s acting ability, since he moves so well. Apparently, this guy was seen at this year’s MCM London Comic Con and they say that he stayed in character at all times. Some say it wasn’t a costume at all.

In the video you can see him walking and acting all creepy and stuff.