Bring a Gun to a Knife Fight

We’ve all heard the old saying “bringing a knife to a gunfight,” which refers to the idea that you’ve clearly underestimated your foes or competition. In this case, you can bring a gun to a knife fight, and it still won’t give you any meaningful advantage. 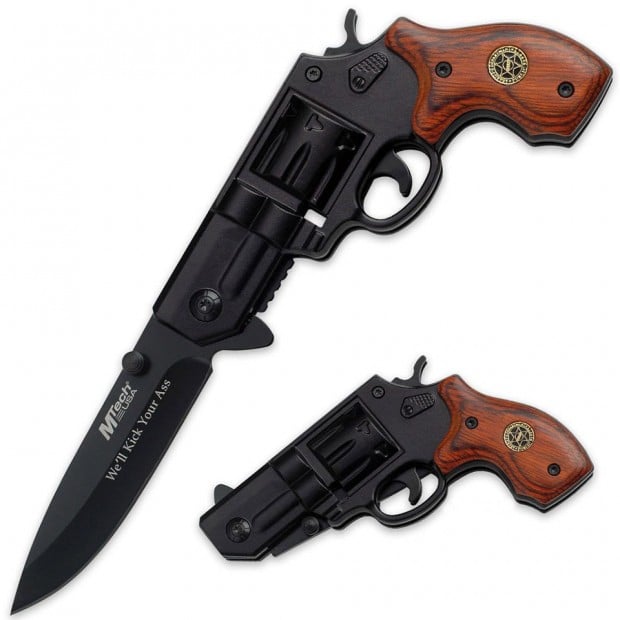 This amusing weapon from MTech USA looks like a revolver when folded, but opens up to reveal a knife blade. It most certainly won’t fire bullets, is 100% NOT TSA-approved, and is more than likely going to get you in a heap of trouble if you whip it out anywhere. Its black anodized stainless steel blade is even embellished with the inscription “We’ll Kick Your Ass,” so it’s got that going for it too.

Whether you want to bring a gun to a knife fight, or a knife to a gunfight, you can order the Revolver Folding Pocket Knife from BUDK for just $11.99(USD).