A couple of years ago we featured Garrett Mace’s LED Matrix Shades, which are sunglasses that have rows of programmable LEDs instead of lenses. You can get a pair of those from Garrett’s online store, but you might want to wait for his RGB Shades. They’re just like the LED Matrix Shades except they have RGB LEDs. 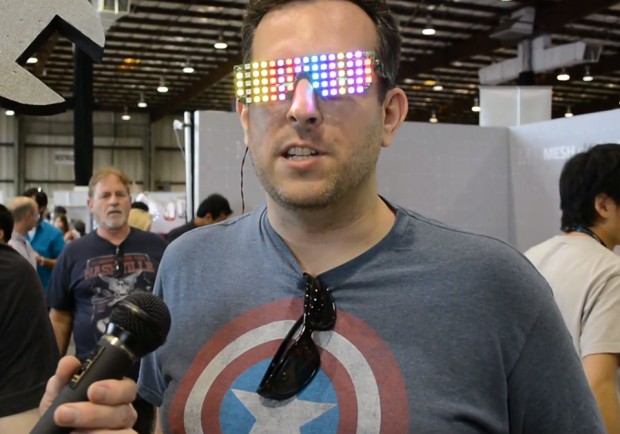 The RGB Shades’ hinges are actually made of substrate as well. Garrett came up with the design because the 3D-printed hinges in the LED Matrix Shades were harder to assemble and took a long time to mass-produce.

Here’s Hack A Day’s interview with Garrett at the 2014 Maker Faire:

Call Yeezus and head to Garrett’s website for more on his shades.