If Humans are ever to spend more than a few days on the surface of the moon or other planet, they will need some sort of shelter. An entrepreneur from Sweden has created a crowdfunding initiative to build what he says could be the first structure on the moon’s surface. The house is 75% engineered to spec right now and is made from a thin specially developed space cloth. 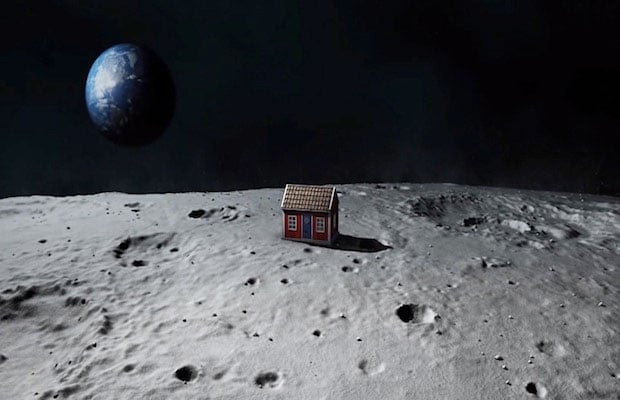 That special space cloth will be stretched over a carbon frame and then the house will be filled up with gas. The structure is painted to look like a little red cottage with white windows. The goal is to send the self-assembling structure into space on the Falcon 9 mission in October 2015. 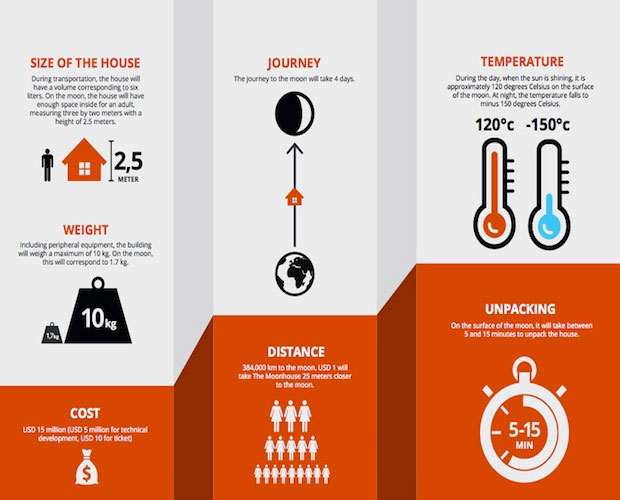 The funding project claims that every $1 donated will get the shelter 25 meters closer to the moon. The artist designed the structure in hopes of making it a symbol accessible to all people interested in space and technology.