Created by NYU associate professor David Darts, the PirateBox is a DIY system that lets you share files and talk to others in your vicinity by setting up a local wireless network. After starting the project in 2011, Darts and company recently launched version 1.0 of PirateBox and its new official website. 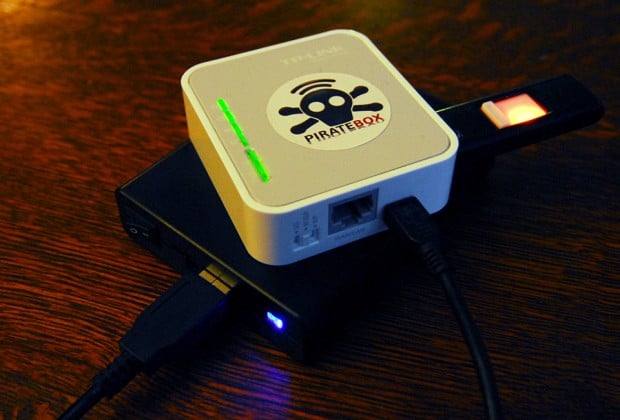 PirateBox has a file-sharing system, a uPnP media server, a chat room and an image and message board. To make a PirateBox, all you need is a wireless router, a storage device that you can connect to the router and the PirateBox installer. You can also add a portable power source to your PirateBox if you wish. After you’ve set it up, join PirateBox’s wireless network as you would any Wi-Fi network, and you’ll be able to share and talk anonymously with anyone else that joins the network. Here’s David’s demo video of a very old version of PirateBox: