This 114-foot-tall LEGO tower was recently erected in Budapest, Hungary using over 450,000 bricks. Guinness Book officials have verified that this is the tallest tower ever that is made entirely out of LEGO bricks. It beat the previous record holder only by a foot, but that one was built by schoolchildren. 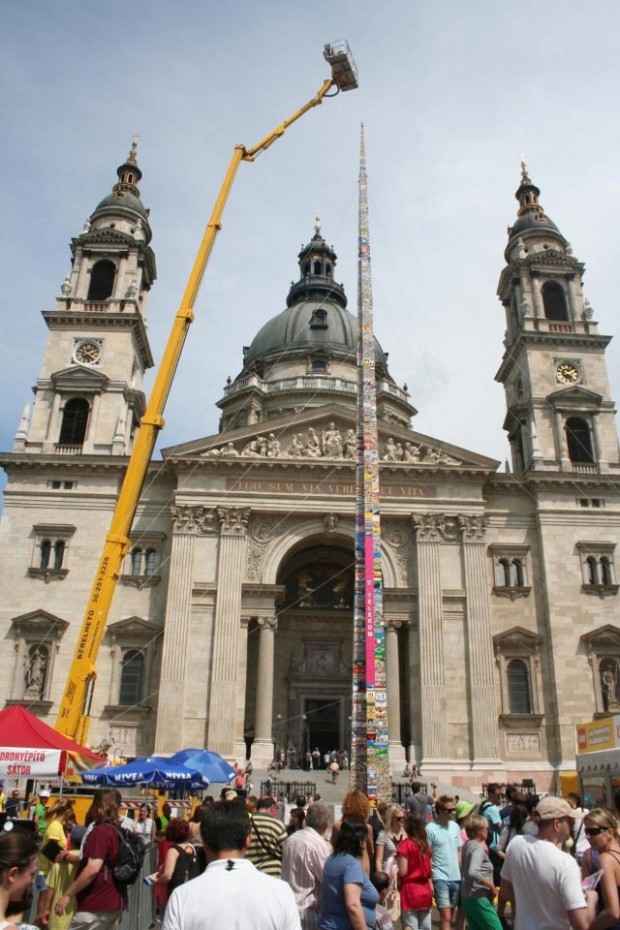 The mayor said that he hopes that this tower will help promote Budapest to the world. Then he stepped on some LEGO bricks and cursed like a sailor, storming off in a huff. Just kidding about that part.

They do hope it will bring more tourists to Budapest – even though they are tearing the tower down. Now, who will beat this record next? C’mon kids! Take back your record and build a 200-foot-tall tower!

[via ArchDaily via Geekologie]