Jyrobike Kid’s Bicycle Can Balance on Its Own: Look Ma, No Man!

We’re already working on self-driving cars, so a self-balancing bicycle shouldn’t be as surprising. And yet the Jyrobike is still a sight to behold. The children’s bicycle has electronics and a flywheel built into its front wheel. When activated, the Jyrobike won’t fall down. Even when no one’s on it. 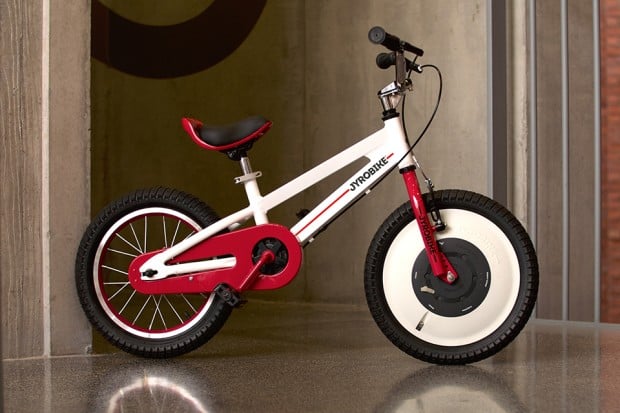 Acting as a gyroscope, the Jyrobike’s flywheel creates a resistant force that helps the bicycle stay upright. This assistance can be toggled and adjusted either from the control hub itself or through a remote control. 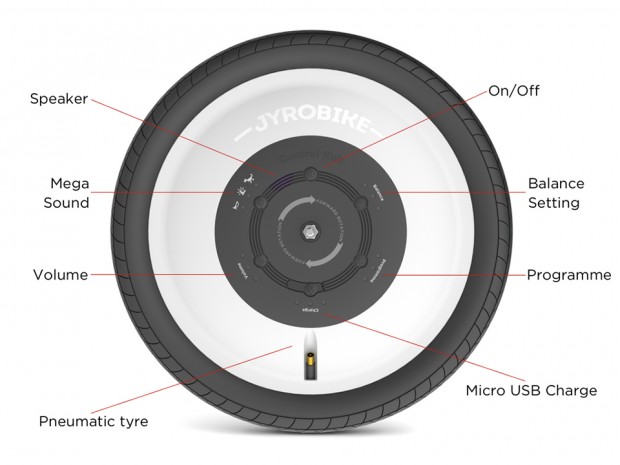 The Jyrobike also appears to have built-in sound effects to make it more fun for kids to ride. Its battery lasts up to four hours per charge. Its makers see their invention as a way for kids to easily learn how to ride a bike without the need for training wheels, and provides the ability to gradually decrease the self-balancing assistance as they build their confidence.