In the future, people may wear robotic exoskeletons to give them increased strength and protection. But more power isn’t always the answer. Sometimes you just need an extra hand or two. That’s why researchers at MIT’s d’Arbeloff Laboratory are working on a pair of robotic arms that can be mounted on your shoulders or around your waist. Sound familiar? 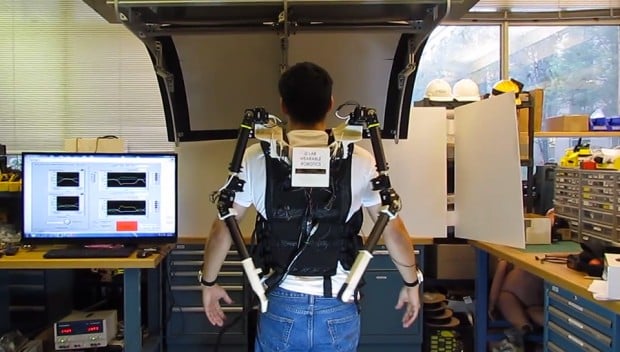 The researchers call their inventions Supernumerary Robotic Limbs or SRLs. According to IEEE Spectrum, the shoulder-mounted arms move based on information from a pair of wrist-mounted sensors. By detecting and anticipating what your own arms are trying to do, the robotic arms will position themselves to help. For instance, the video below shows the arms move upwards to help the wearer prop up an object, because they assumed that the wearer is trying to hold something up.

Expounding on their vision, d’Arbeloff Laboratory’s Baldin Llorens-Bonilla told IEEE Spectrum, “Once we combine the most significant behavioral modes we are able to control the robot such that, from the wearer’s perspective, it behaves like an extension of his own body.” That sounds reaaaally familiar.

The waist-mounted arms on the other hand can also act as legs. They can hold objects, but they can also plant themselves on the ground to keep you steady. 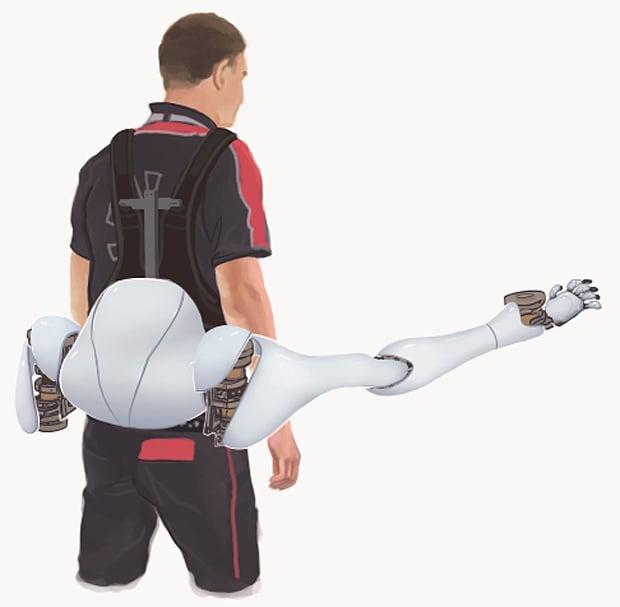 Head to d’Arbeloff Laboratory’s website and to IEEE Spectrum to learn more about the SRLs. And start irradiating spiders.