The International Space Station was a massively expensive construction project. Part of that huge cost was the expense of getting the individual modules into space. Those things were massive and very heavy. In the future, astronauts in space might not need a hard construct to live in. 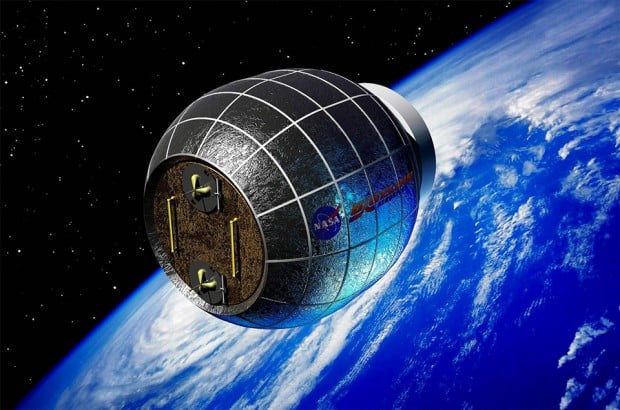 NASA plans to test out new inflatable housing modules made by Bigelow Aerospace. The module will be tethered to the ISS and measures 13-feet long by 11-feet wide, and weighs only about 3,000 pounds – a 70% weight reduction from similar rigid modules. The module will launch as a folded bit of Kevlar-like material and will inflate using nitrogen and oxygen in orbit.

If the tests are successful, the inflatable modules could someday be used alone without the ISS. At the ISS, the modules could be used to house more astronauts or even tourists.

[via The Space Reporter]