Star Wars fans who are on the lookout for any details of the coming new films in the franchise may have seen some of the leaked photos that turned up on the web not long ago. Along with photos of sets, costumes and creatures came word that the Millennium Falcon would return to the franchise as well. That is no surprise to me since you clearly can’t have Han Solo and not have the Falcon. 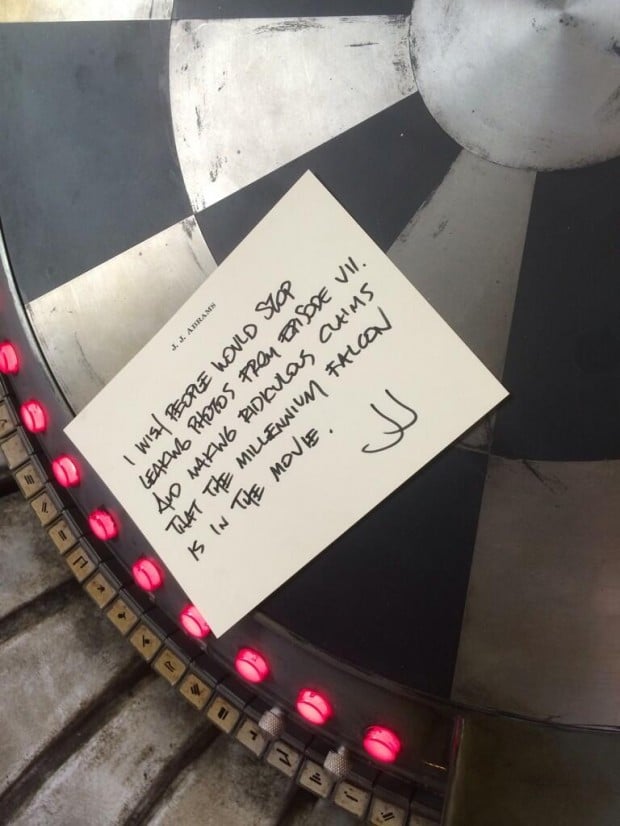 Director J.J. Abrams tweeted a pic that had a handwritten note in the image that read, “I wish people would stop leaking photos from Episode VII and making ridiculous claims that the Millennium Falcon is in the movie.”

The catch with the pic, which you can see here, is that the note is lying on the holographic chessboard from the Millennium Falcon where we first learn that Wookiees rip off arms when they lose a game.