Goat Simulator Patch Notes are as Weird as the Game

Yes, there really is a game called Goat Simulator. In the game, you get to do stuff in the form of a goat. It sounds really weird, in a hilarious sort of way. The game has recently been patched and along with the patch came some patch notes. 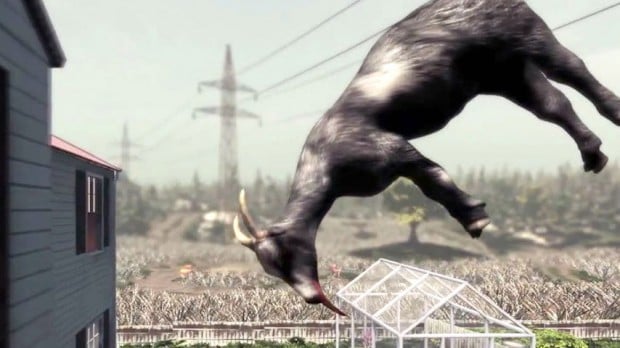 As you can imagine, the patch notes for a patch for a game about being a goat are going to be a bit different. The notes are certainly proof that the devs at Coffee Stain Studios are a different sort of folk.

May favorite line from the notes is this one: “Made fun of Michael Bay. Again. Please don’t sue.”

Read the full patch notes below: