It’s about time! These are LEGO’s soon-t0-be-released female scientist minifigs that include a paleontologist, an astronomer, and a chemist. You might’ve noticed that LEGO has many more male minifigs in their lineup versus female ones, so it’s definitely a welcome change to see them expand their line of female minifigs. 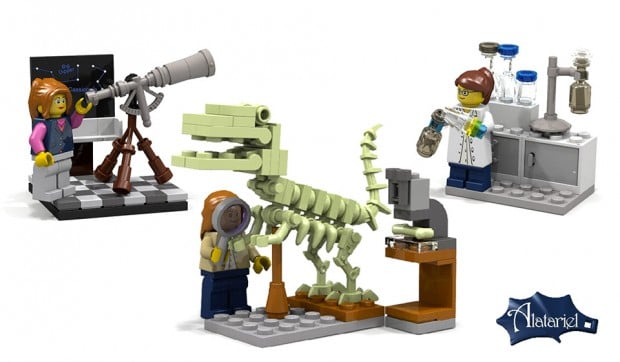 The playsets also feature the typical work environment of each minifig, from a lab and observatory to one that features a T-Rex’s bones on display. I think you can guess which one goes with which scientist’s minifig easily.

The new sets will be released this August, after a successful crowdsourcing campaign from Alatariel’s suggestion on LEGO Ideas.