Markus “Notch” Persson based his hit game Minecraft on another indie game called Infiniminer. His latest game on the other hand was most likely inspired by Skyrim. Albeit only a small part of it. The game is called Cliffhorse, and it embraces the sticky horse-riding physics of The Elder Scrolls V. 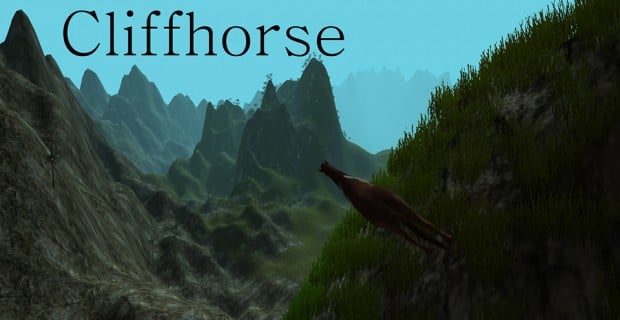 The game lets you play a horse. It’s currently in alpha, and there’s not much to do but frolic on hills and valleys and play with a large sphere that looks like it’s made of chocolate milk. Or a cow. Notch launched the game on Twitter with this mock promotion: 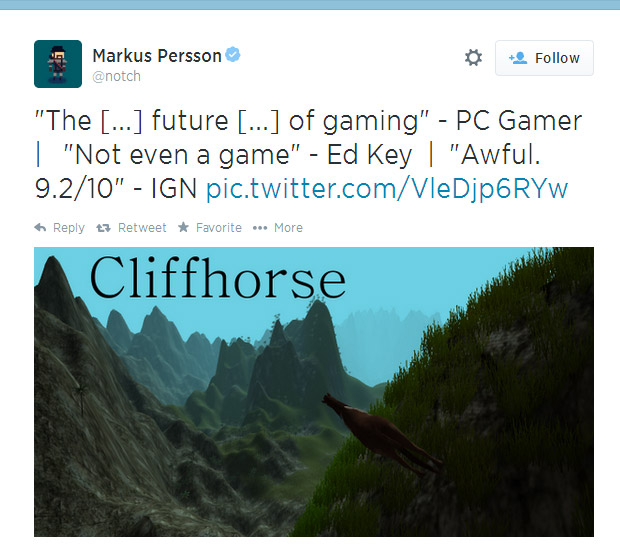 Here’s a quick look at the game from YouTuber HolyGrassBlock:

The early build of the game is for Windows only. You can get it at the Cliffhorse website for free, although Notch would appreciate it if you sent him a donation in the form of Dogecoins. I wouldn’t be surprised if someone comes up with Horseycoins soon.