Most electronic musical instruments use knobs, buttons, pads or piano keys for input. For their senior design project at the University of Pennsylvania, Digital Media Design students Dave Sharples and David Glanzman set out to make a new instrument that was physical and expressive. The result is Joytone, a synthesizer that uses joysticks. Lots of them. 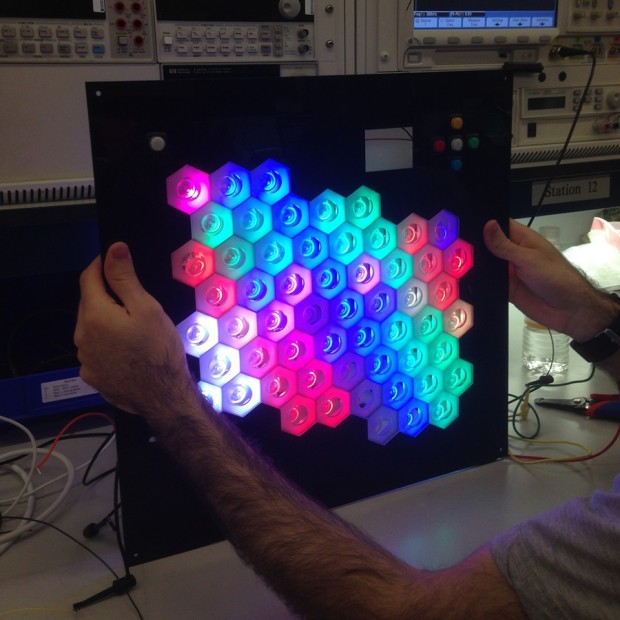 The Joytone is powered by a Raspberry Pi and a Cypress Programmable System-on-a-Chip (PSoC). It has 57 notes, each represented by a small joystick. A touch-sensitive strip on one side of its surface is used for pitch-bending. Each joystick is also lit by an RGB LED. The joysticks are arranged according to the Park Layout, which was made by software developer Brett Park. 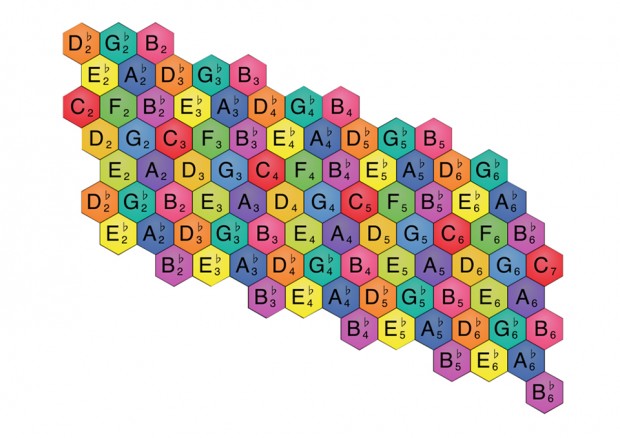 The joysticks produce a different timbre depending on the direction they are pushed, while the volume depends on how far the sticks are pushed. This means you can change both qualities seamlessly. Here’s a demo by David Glanzman:

Sweep down, down/towards, towards Dave’s blog for more on the Joytone.

[via Adafruit via Make:]