NASA has been cruising around the surface of Mars with the Curiosity rover for a while now, performing all sorts of experiments and research. Curiosity has taken selfies, analyzed rocks, and searched for life on the barren red planet. Recently NASA used Curiosity for something new, to take pictures of Mercury as it transited the Sun. 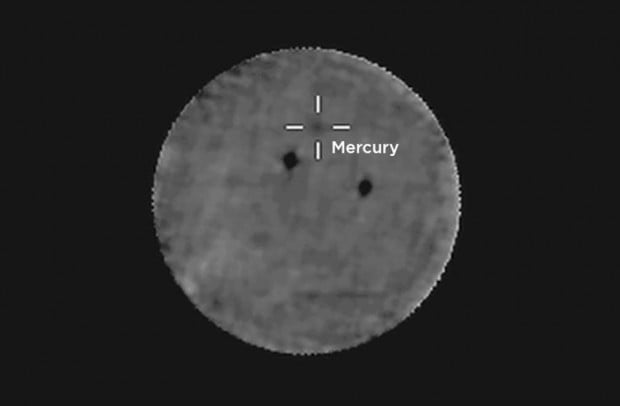 Since curiosity’s Mastcam wasn’t designed to look at the heavens, the image isn’t exactly high quality. Mercury shows up as a blurry dot in the middle of white crosshairs in the image here. The photo was taken on June 3. Mercury won’t transit the Sun again in Mars’ view until April of next year.