Now Mario can haz Mercedes in the latest Mario Kart game. Mario Kart 8 players can now download a free DLC which gives you a Mercedes Benz GLA to drive around the game. This is the first time a real car has made an appearance in the franchise. Probably not the last though. 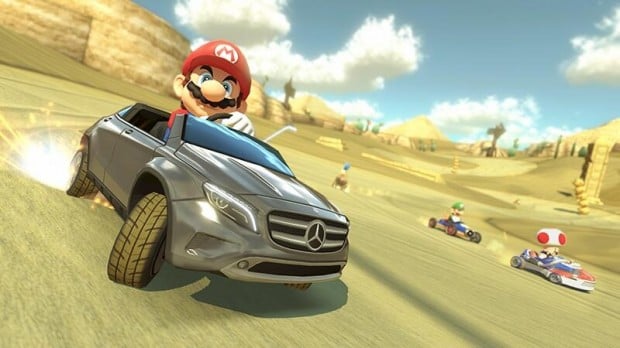 I am willing to bet that the next Mario Kart game will feature several real life cars. If you have been having fun playing this game, you are going to want to upgrade Mario’s ride. If you are in Japan that is. Sadly, it is only available to players in that region right now.

Japan always get the best stuff. Except maybe that creepy real-life Mario actor in the video. They can keep him.