Serial killer of fictional characters George R.R. Martin recently announced that a $20,000 donation to his Prizeo campaign would earn that person the opportunity to be killed off in The Song Of Ice And Fire series. Well one charitable person who has sacrificed himself is Facebook employee David Goldblatt of San Francisco, California. 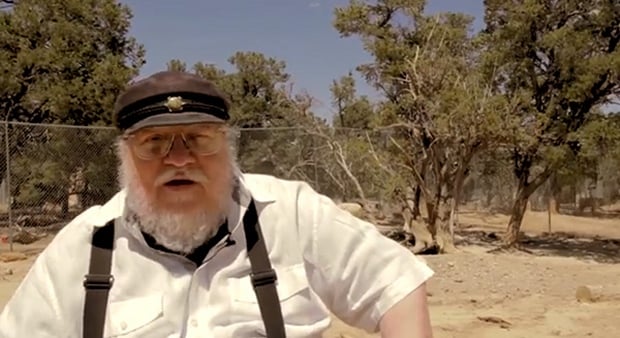 David became a fan of Game of Thrones after someone recommended that he watch the first season. He did and he liked what he saw. That lead him to read all of the books, and now he has won the bid to have a character get his name. Of the two top prizes available in the “martyr” level, the other spot went to an unnamed woman. Both will be able to choose their character’s race apparently and that character will die at Martin’s hand. Goldblatt chose for his character to be a Valyrian. He just finds the race cool.

The funds raised go to Wild Spirit Wolf Sanctuary and the Food Depot in Santa Fe, New Mexico – Martin’s home town. Despite his tendency to kill off all of our favorite characters, he really is a great guy for doing this.