We’ve seen a couple of iPad apps that simplify 3D modeling for kids. Mission Street Manufacturing wants to go beyond that and teach children how 3D printers work as well. Its Printeer is designed to be used by kids and K-12 schools. 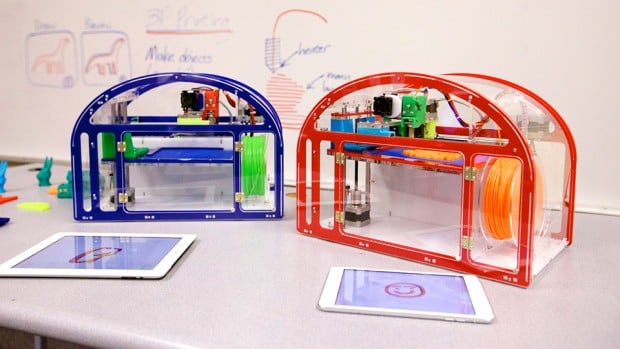 Printeer is fully enclosed to protect kids from its heated or moving parts. But thanks to its clear case and color-coded parts, kids will still be able to see how the machine works. Mission Street Manufacturing also decided to go with PLA filament because it’s non-toxic and produces less fine particles compared to ABS filament. Finally, like Blokify and Autodesk123D Creature, Printeer’s 3D modeling software is an easy-to-use iPad app.

K is for Kickstarter. Pledge at least $549 (USD) to receive a Printeer 3D printer as a reward.