Remember Google and Nintendo’s April Fools Day hunt? In its promo video, Google said that they would give one of the people who completed the Pokémon Challenge a position at the company, along with a business card that says “Pokémon Master.” If you’re one of the folks who completed the challenge, don’t expect Google to follow up on their offer. The business card is real though! 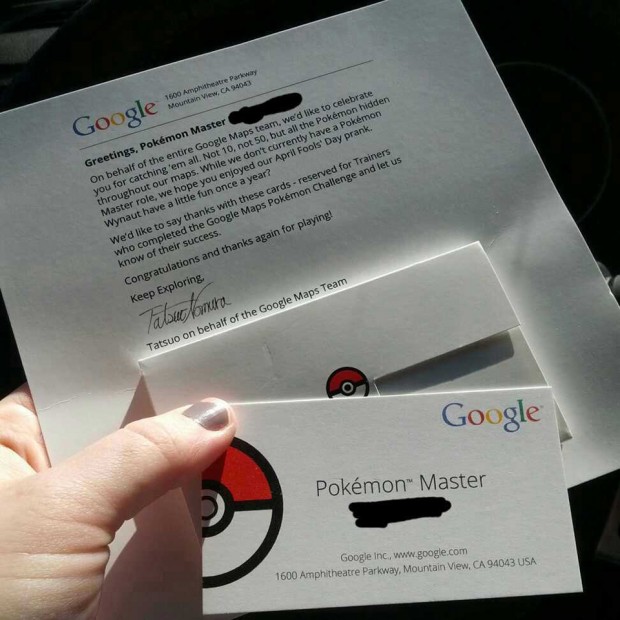 That’s the reward that Google sent to Redditor tinygrump. As you can see it comes with a letter signed by Google software engineer Tatsuo Nomura, who even inserted a Pokémon pun in his message. Tinygrump said she received 10 copies of the card. That’s going in her résumé.