Aerial filming is a cool way to share more of what’s going on in some sports or activities. GoPro cameras are used by a lot of active folks to record their antics, but most of those videos are recorded from the wearers point of view. A new GoPro flying platform has turned up on Kickstarter called the Hexo+, which will allow for autonomous tracking and video capture of a target from the air. 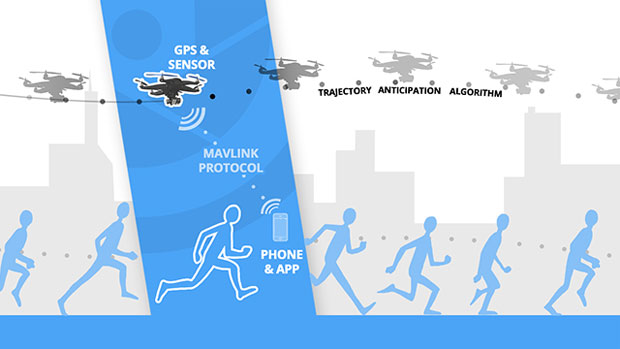 Hexo+ is an autonomous flying camera platform that is controlled using an app running on a smartphone .The app allows the user to chose the person they will be recording and to center them in the frame. Using the app the videographer also chooses where the drone will start.

The camera has a top speed of 45mph allowing it to follow fast moving subjects as well. The Hexo+ also has foldable legs and a foldable frame, and the propellers and gimbal can be detached so it can be carried in a backpack.