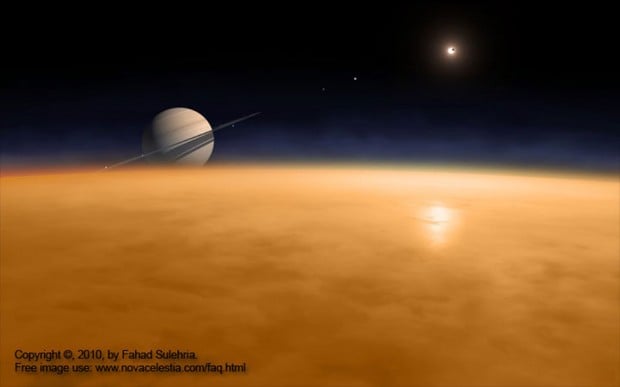 The researchers have been working in a lab to create a precise chemical clone of Titan’s atmosphere, and it appears they have done it. By adding in just the right amounts of nitrogen and methane in the lab, they have created a very close approximation. The result is the ability to smell Titan despite it being an insane distance away from the Earth.

According to the team, Titan would smell like a mixture of farts and gasoline. Basically a gas station restroom is what the entire moon smells like. The team points out that actually smelling on Titan would be impossible thanks to no oxygen and chemicals that can be deadly to humans.