I am a purist when it comes to movies. Well, not so much a purist as a person that refuses to watch movies that don’t meet my exacting criteria. I saw the previews for the flick The Grand Budapest Hotel a few times and it looked incredibly lame by my haughty standards. My rating system consists of three main requirements: cars, boobs, and explosions. But that’s just me. 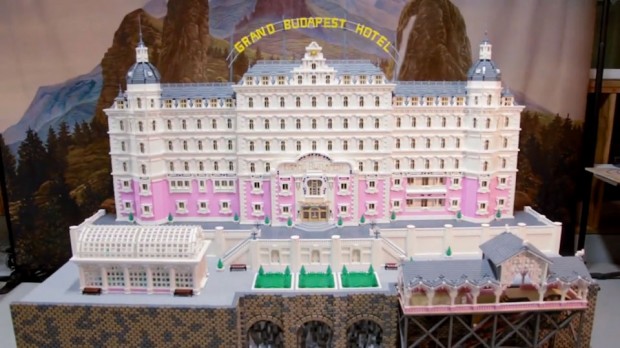 This LEGO building has over 50,000 bricks and exactly matches the hotel from the film. It took brick master Ryan Ziegelbauer and his team 557 hours to complete the hotel. Check out the video above for more detail.